Transcend the Ego, Suffering, and Limitation

Transcend the Ego, Suffering, and Limitation

Where Suffering and Limitation Come From

We create our own limitations. The moment that we deem something as being outside of what we are capable of, or what is possible for us, we restrict our potential to accomplish/be that something. Perceiving limitation is a function of our own belief system, and these limiting beliefs form boundaries for what we are allowing ourselves to be in this moment.
And for us to perceive of these limitations (“I don’t know/fully believe I can __________“), we must first be perceiving of a self that could be limited. Meaning, the belief that I am capable/incapable of X, Y, and Z, begins with and entails having beliefs around who “I” am. And so, it is the sense of self that we identify with (i.e. how we define ourselves), that is at the root of all that holds us back.
As for suffering; we suffer when we resist what is, we suffer when we are emotionally attached to the desire to be in a reality different than our own. Now, let me just make mention of the very important point, that having desires isn’t the issue. We are driven by desires, and such, we can draw a sense of positive energy and motivation from them. But it’s when we so badly want something we don’t have, from a place that we are trying to get away from what we do have, that we suffer. For if we were entirely accepting and filled with feeling grateful in and of this moment, our suffering would cease.
The next step in all of this is in understanding that all of your ideas around who you think you are, is actually resistance to this moment. These ideas and interpretations are mentally constructed (they form and exists only in the mind), and have a way of disconnecting us from what truly is. It’s important that we first see how our interpretations act as layers that distort/shape our reality, and then come back to connecting with this moment as deeply and objectively as we can. It is in this that we reconnect to our truest nature, which is beyond our sense of self, and beyond suffering and limitation.
It’s time to rise above the self-identity that is at the root of your suffering and perceived limitation, it’s time for you to see the ego for what it really is.

The ego is one’s sense of self-identity. All your thoughts, beliefs, and ideas that pertain to who you believe yourself to be, come together to form the ego.
From the moment that you first looked in the mirror and heard your parents say to you, “that’s you,” the ego began to take its shape. Over the years, this concept of “me” evolved.
But have you ever questioned if this concept is rooted in reality? Or have you always assumed that your perception of it, meant it must be “real”?
Now, the ego does exist. After all, you’ve lived your life believing, even feeling, that you were someone or something. How could the ego not be real?
I don’t strive to convince you that the ego isn’t real (as many do), for I’ve come to believe that reality is subjective. Meaning, if in your reality you believe the ego to be real, then it becomes real. At the very least, your belief that the ego is real, is real (still following?).
What I do wish to help you understand however, is the important point that the ego is no more than an idea, a mental construction. Like all other ideas, this only exists in your mind.
Now, I know that a common place for minds to go when pondering this concept of one’s ego (sense of self) being just an idea, is towards thinking about ourselves from third person – i.e. how we think others see us. If this identity only exists in my mind, what about the person that other people see when they look at me?
True, people do have their own ideas about who you are, but what we must come back to is that your ideas around the ideas that other people have about you, are still your ideas. In your reality, it’s not so much about what other people are thinking about you, as it is about what you are thinking they are thinking about you. Still, it’s all ultimately just your mentally constructed beliefs and ideas, and thus, this is still the ego.
So why is understanding this so important? Well, as mentioned, suffering and limitation is rooted in this sense of self. You don’t need to understand the ego to know that we often “think ourselves” into feeling incapable or unhappy. But if you learn to better understand and manage the ego, if you transcend the ego , you may also transcend your limitation and move beyond your suffering.
Also know that this isn’t about abandoning the ego entirely. It’d be rather difficult to maneuver through our world responding to the question, “who are you?” with a long tense silence.
Rather, this is about seeing the ego for what it is, as to not fall into its traps. Only the ego can make you feel inadequate or undeserving. Only the ego can lead into feeling unfulfilled in the reality you are living in.
The ego is a character to be joyously played, not an identity to feel confined by. This is not all that different from playing a character in a video game. Now, I understand some may think of it as naive to liken life to a video game, but if you haven’t already seen this for yourself, trust me when I say, that when you begin to look upon life as a game it becomes a whole lot less stressful, and whole lot more fun.
Less stress and more fun? I personally can’t see what is worth taking more seriously than that (i.e. what is worth taking seriously at all). I encourage you to give it a shot.
And hey, if the laid-back, I’m just a character playing this transient game of life approach doesn’t work you, nobody’s saying you can’t pop out the disk, and throw back in the one you had on before. But just know that whatever it is you’re playing, you are playing.

When we begin to come into grips with the truths behind the ego, we often find ourselves in a mind-bending tangle with the question, “well then, who am I?” or perhaps even, “what, am I?”.
It’s important you know (and embrace) that no spoken answer to this question could possibly encapsulate the full truth.
An understanding of what you are, is not something that thought could bring you to. Connecting to our true nature is an experiential practice and understanding. Spiritual sages have spent life times deepening into this understanding, to come back with word that can only hope to guide us there for ourselves.
The most prevalent teaching among those who have seemed to risen to profoundly joyous states of being, to then set out to guide others in doing the same, it is to become selfless.
Gandhi said, “The best way to find yourself is to lose yourself in the service of others.”
From the day we are born we look into a world and begin seeking for answers. Innate is the desire to understand our experience, and ourselves. And whereas we may find some answers along our journey, most can relate to these answers seeming to only bring with them even more questions.
This conquest for understanding is a never-ending one because we will always be so much more than we imagine ourselves to be. The more we learn of ourselves, the more we begin to sense that there is so much more to know. Any idea around what we are, anything of ego, is inevitably going to be a limiting and narrow perception.
The truest thing I can hope to say to you in this regard, is that you are one with the Infinite All. You are Source/God/the Universe (whatever term you wish to use), and you are connected to everything and everyone as one. Any perception of being something separate from the world and from other people, is an illusion on top the ultimate reality, that all is One.
And this is why the best way to find ourselves, and the greatest way we can live, is to live in service of others.
When we begin to live in alignment with the greatest good of others, rather than solely for our “selves”, we expand into our truth, and ascend toward our potential. Because, what we are doing when we live in service of others, is actually doing that which is also the greatest thing we can do for ourselves. Except, only now, we are serving our True Self; the Self that can’t be defined, the Self that sees itself in everyone and everything, the Self that is selfless.
We transcend suffering and limitation by becoming selfless. 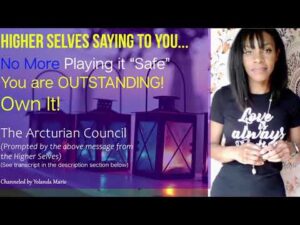 No More Playing it “Safe”, You are Outstanding, Own It! || the Arcturian Council (with Higher Selves)

As always, set an intention to receive these words through your heart space. Love you my friends? Transcript below The Arcturians:• Final layers of what used to be considered “safe practices”, shells of a familiar personality trait, something you have just perhaps been hanging onto for dear life… this is 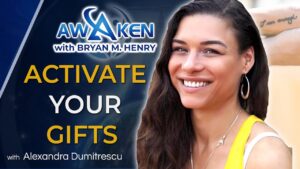 Open Your Heart & Activate Your Gifts with Alexandra Dumitrescu | | AWB #72

Every so often I meet someone that when I listen to, I feel myself sink deeper into surrender. Such is the effect when I receive the energy being shared by this wonderful Being. I’ve had the pleasure of connecting with Alexandra Dumitrescu a few times now, the last time being 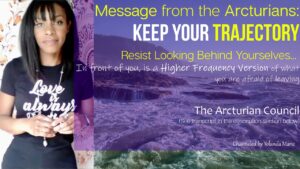 As always, set an intention to receive these words through your heart space. Love you my friends? Transcript below The Arcturians:You are looking behind you often. Not realizing it, you are looking back at old schools of thought, old situations, and old rules as though they must follow you into 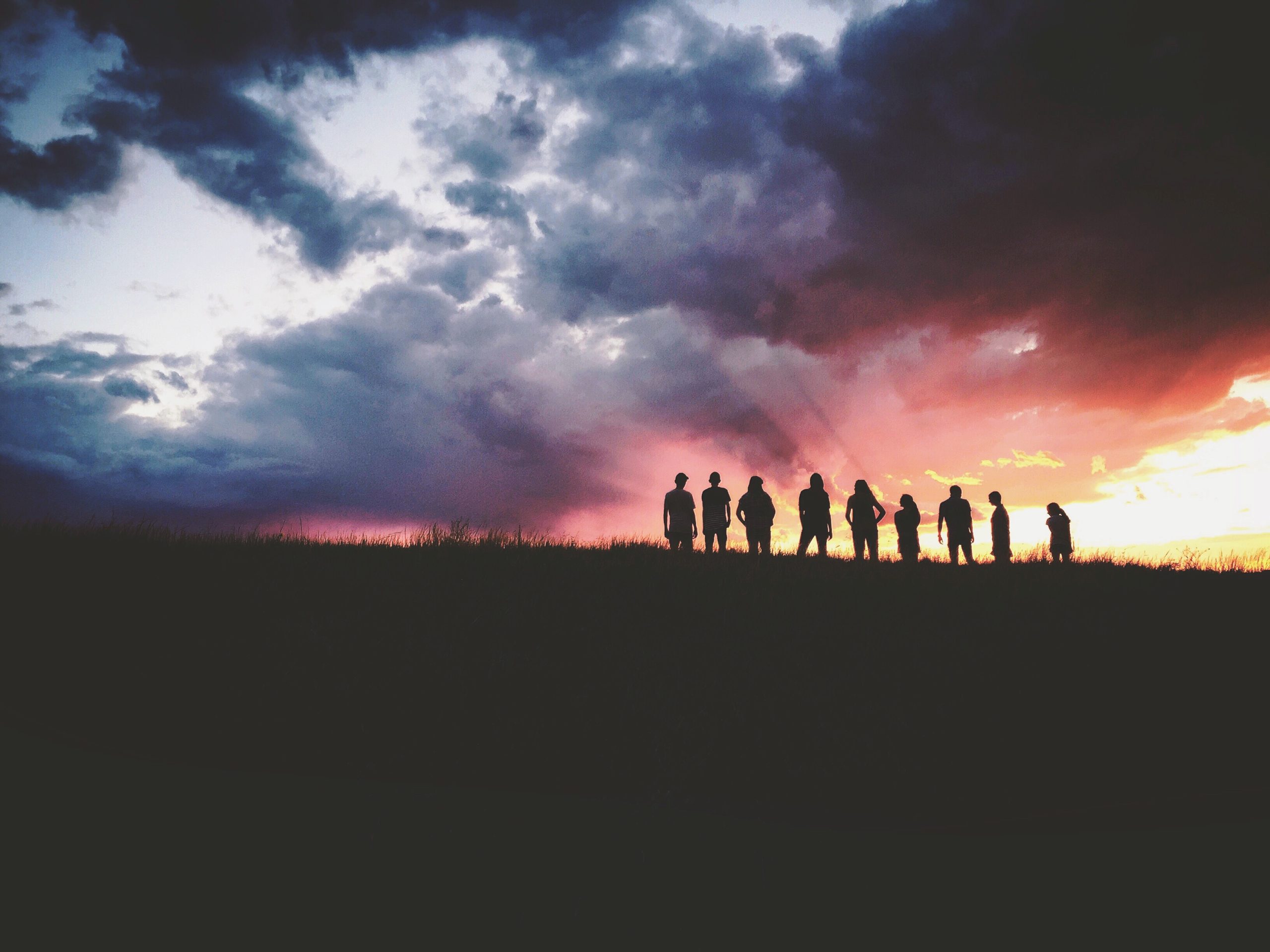